Clients and journalists are always surprised at how much we accomplish with our small staff. All projects are handled personally by MMR’s president Lisa Skriloff, our team of staffers and our professional network of freelancers we call on as needed. 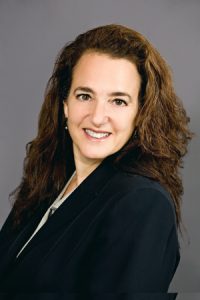 Lisa Skriloff founded Multicultural Marketing Resources, Inc. (MMR) to serve as a business resource to corporations, communications firms and journalists, providing information and referrals.  Established in 1994, MMR is a consultancy, B2B public relations and marketing firm, and editorial supplier, working with the leading experts in marketing to Hispanics, Asian Americans, African Americans, LGBTQ consumers and other ethnic and niche market groups. MMR is also the publisher of The Source Book of Multicultural Experts, MMRNews and a Speakers Showcase.

Lisa is also a travel writer and founding editor of Multicultural Travel News.

Prior to starting the company, Lisa had a 10-year career at The New York Times, where she held a number of director level positions in the Promotion, Marketing, Advertising, Circulation and Special Projects departments. She oversaw the development of special sections for the Hispanic market, among other advertorials, and was responsible for numerous merchandising programs, sales promotions and product introductions. As Director of Consumer Promotion, she managed the $13 million annual advertising campaign and earned an Effie for her work on the launch of the National Edition of The Times. She was appointed by the publisher to serve on the newspaper’s first diversity committee.

Fluent in Spanish, Lisa has worked extensively in the Hispanic market. She had advertising sales responsibilities for Caballero Spanish Radio in New York where she also wrote the company’s trade newsletter, Hispanic Age. During two years in Spain, she directed ad sales, and wrote articles, for an English language city publication in Madrid. She started her career as a Bilingual Elementary School Teacher in Madison, Wisconsin.

Among the many awards and honors she has received: YWCA Salute to Women Achievers; Working Woman Magazine’s award for Innovation in Entrepreneurship, PRSA award for Best Newsletter, PRWeek’s Solo Practitioner of the Year in Public Relations and she was a finalist for NAWBO’S (National Association of Women Business Owners) Signature Award. In 2009, she was nominated for a Latinos in Social Media Award, in the category of the Best NY Latino(a) Social Network Leader. Her very first award, from the Little Red Train Camp, (pre-school) was for “Most Friendly Girl in her Group.”

Lisa has been a guest speaker and moderated panels on Ethnic Marketing at the Direct Marketing Association Emerging Markets Conference; the Health & Beauty Association Global Expo; and the IIR and SRI’s conferences on Marketing to Multicultural Markets, Marketing Financial Services to Multicultural Markets, and Multicultural Markets Online. She proposed the course at New York University’s (NYU) School of Continuing and Professional Studies, “Marketing to the New Majority: How to Reach the Multicultural Consumer,” which she created and taught for 11 years, and taught a similar workshop at the University of Wisconsin – Milwaukee Institute for Diversity Education & Leadership. She created the workshop “How to Establish Yourself as an Expert” offered by The Seminar Center in NYC and has been a guest speaker at Florida State University’s Center for Hispanic Marketing Communication and at the University of Texas School of Journalism & Mass Communication. She has been quoted in The New York Times, Advertising Age, The Wall Street Journal, among many others, on multicultural marketing, about minority and women owned businesses and regarding travel experiences in 60 countries. A native New Yorker, she has also lived in California, Wisconsin, Spain, Mexico, Germany and England.

Over the years Lisa Skriloff has been active in numerous associations including the Hispanic Public Relations Association, the Black Public Relations Association, the diversity committee of the Ad Club of NY and has served on the boards of the Publicity Club of New York and the National Association of Women Business Owners-NYC Chapter. She has lent her marketing and public relations skills on a pro bono basis to organizations such as Asian Women in Business and the American Women’s Economic Development associations. A graduate of the University of Wisconsin – Madison, she has chaired the NY Chapter of Cabinet 99, the Women’s Leadership Council of the Wisconsin Alumni Association (WAA) and served on the Board of the WAA.

Lisa is a frequent writer on travel and has contributed  to Travel Agent Magazine, The NY Daily News, Jaxfax and Fodors Guides, and is the founding editor of Multicultural Travel News (MTN) and Dance Travel News. She specializes in multicultural travel, Spanish language destinations, dance and cruise travel.

She is co-author of the book “Men Are From Cyberspace: The Single Woman’s Guide to Finding Love Online” published by St. Martin’s Press in December 1997. 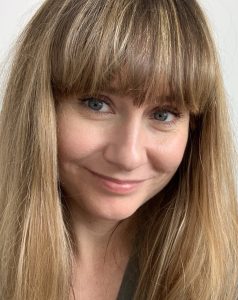