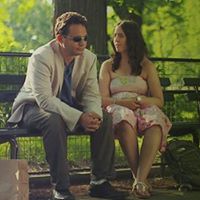 What would it be like to be…..Autistic and in a Relationship? Allergic to everything? Two films screened at the Tribeca Film Festival 2017 immerse viewers in the worlds of David, trying to connect with the world in Keep the Change and Susie, trying to avoid it in The Sensitives.

Keep the Change explores the life of David, a high functioning autistic, single guy as he tries to date and fit in and then meets Sarah in a support group for adults with disabilities. This community gets well deserved attention in this comedy by writer/director Rachel Israel who collaborated with the lead actors, both on the autism spectrum, Brandon Polansky and Samantha Elisofon, drawing story elements from real life and love life. As Israel explains “Our ambition is to tell a love story that transcends the subject of disability and speaks to the universal need for human connection, and in the process to show how actors with autism can deliver compelling performances that are relatable to a wide audience.” In the “Narrative” category in the film festival, Keep the Change feels as real as an inspiring documentary providing awareness and laughter. Anyone who’s observed the world around them, sat across from a blind date, felt like an outsider or confounded for a moment by life in any way, or even anyone who’s never given any of those situations a second thought, will be overwhelmed with understanding what it’s like to be David/Brandon and Samantha/Sarah. No surprise the film won The Founders Award for Best Narrative Feature and Best New Narrative Director to Rachel Israel for Keep the Change. 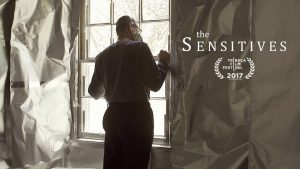 Another kind of disability is examined in the documentary The Sensitives. Filmmaker Drew Xanthopoulos exposes us to the world of people for whom any exposure to modern life is a health risk. Multiple chemical and electromagnetic sensitivity – this little-known condition is a chronic illness with a spectrum of symptoms in people who react to the poisons of everyday cleaning products and cell phones. Anyone who’s had a negative reaction to a forced spray of perfume in a department store can only begin to imagine how someone must isolate themselves from a world of chemicals and electronics thrust upon them. Susie Molloy, both a sufferer and a champion, shows us the disease in action and her activism.