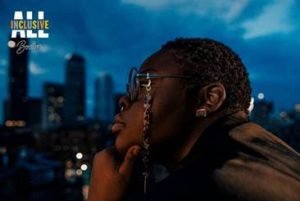 Proverb – a Black-led, Boston-based advertising and branding agency – helped with the launch of Boston All Inclusive an integrated marketing campaign by the City of Boston to help rebuild the city’s economy in an equitable way.

A first-of-its kind tourism and COVID relief campaign, the initiative focuses on more than just driving tourism back into the city safely; it is a platform to encourage equitable recovery by driving visitors to traditionally under-visited businesses and neighborhoods – South End, Roxbury, Dorchester, Jamacia Plain, Chinatown, North End, and East Boston, which were some of the hardest hit economically by the pandemic. The “Boston All Inclusive” campaign encourages residents and visitors alike to see Boston as the diverse, welcoming, and vibrant city that it’s growing into, but isn’t always portrayed in popular media. It is the largest single campaign funded by the city (that was not construction), and the largest ever awarded to exclusively Black and minority-owned businesses, including Proverb, the agency behind the creative work.

The campaign comes on the heels of Mayor Michelle Wu becoming the first woman, first person of color and first Asian American elected to serve as mayor of Boston, and builds on the city’s commitment to place equity at the center of the City of Boston’s economic recovery from COVID-19. Of note, Boston All Inclusive is the largest single advertising and branding campaign funded by the city in more than 50 years.

Most recently, Proverb helped launch the second phase of the campaign called “My Boston Accent.” A play on the stereotypical of dropped R’s and fronted vowels, “My Boston Accent” is a multilingual campaign that acts as a visual expression of Boston’s neighborhoods and communities. A culturally rich and international city, Boston is a melting pot of people with different accents, experiences, abilities, and cultures. This campaign highlighted the heterogeneity of the city and unearthed Boston in its true form: a modern, vibrant, innovative, and progressive city.

The second phase of the campaign “My Boston Accent” increased traffic to bostonusa.com, Boston’s official tourism website, by 200%. The campaign helped all of Boston’s residents, neighborhoods, businesses, hotels, cultural institutions, and destinations emerge together. It publicly demonstrated that Boston is more than aggressive sports fans and crazy drivers; it’s a city full of culture, of history made each day, of people connecting through a shared vision for the future. According to Boston Mayor Michelle Wu, Proverb’s advertising work has helped bring more than 4,000 visits to the city, despite the pandemic.