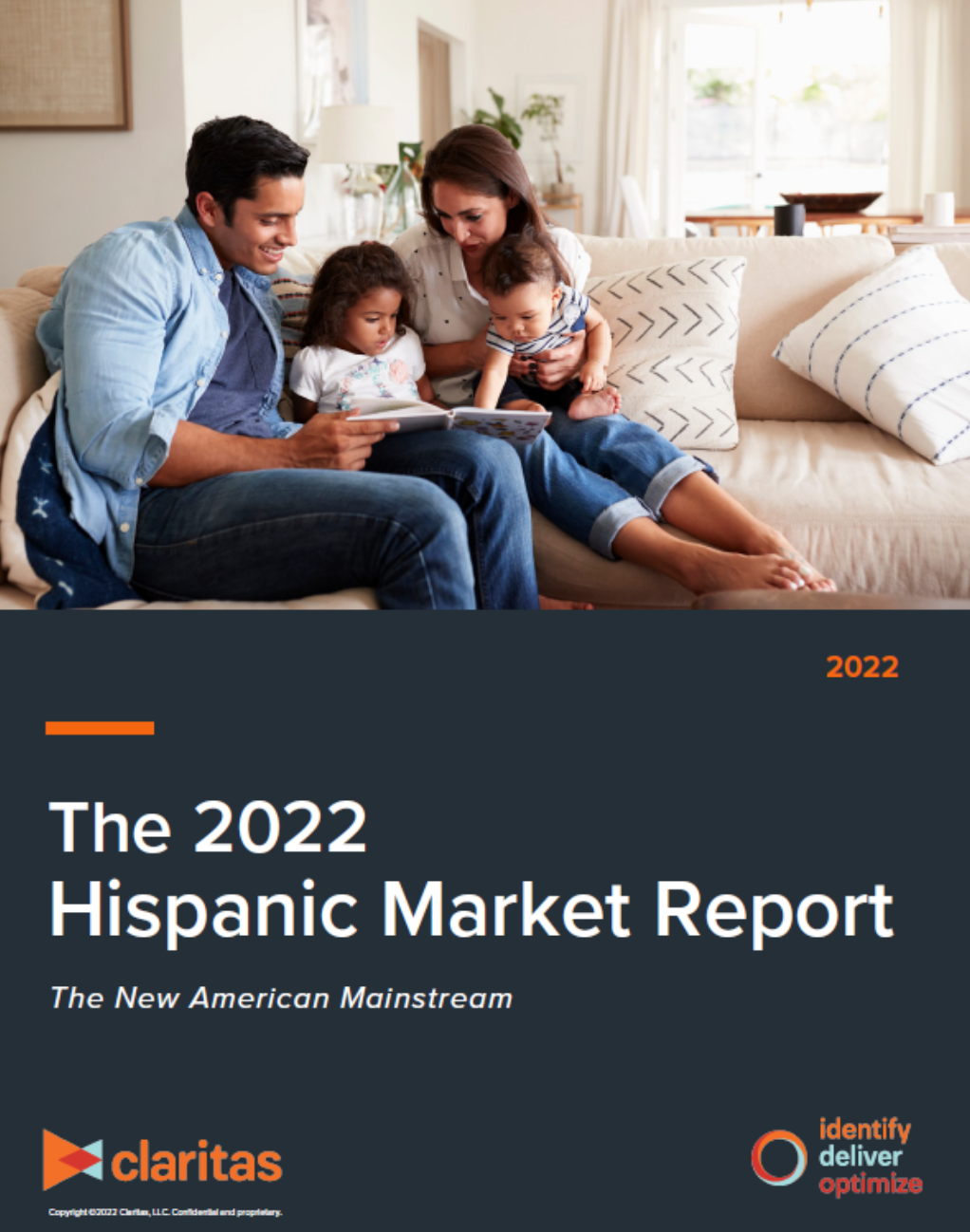 The release of real 2020 U.S. Census data confirms the importance of multicultural consumers to U.S. marketers. Since the 2000 Census, the U.S. non-Hispanic White population has decreased while the population of all multicultural groups grew significantly. As the facts and figures in this report make clear, Hispanics account for the majority of this growth.

Before the pandemic, Hispanics were already a critical growth driver of the U.S. economy. According to last year’s Hispanic Market Report, Hispanics comprised 19% of the U.S. population and nearly a quarter of the youngest generational cohorts. Hispanics have been one of the fastest-growing segments of the American population, accounting for 52% of the growth since the 2000 census, adding more than 30 million people during this period.

The population figures presented in this report from our newly released 2023 Annual Demographic Update represent Claritas’ best estimates & projections of current and future U.S. population statistics. In May 2022, when the U.S. Census Bureau issued its decennial Undercount and Overcount report for the 2020 Census, Claritas demographers went to work adjusting our estimates and projections to reflect the significant undercount of multicultural groups in many states. Consequently, our 2023 update shows even more growth in multicultural population segments than any in recent memory.

We now estimate that as of January 2023, there will be almost 66.5 million Hispanics in the U.S. – almost 20% of the population. Hispanic population is projected to exceed 74 million in 2028, when it will comprise almost 22% of the population. Hispanic households will contribute significantly to the growth in U.S. consumer spending, especially in selected categories for which they spend more on average than non-Hispanic households.

In this edition of The Hispanic American Market Report, we dive deep into our primary research to show how Hispanics are leading the cord-cutting charge and consuming digital content on their mobile devices from HD streaming video, social media, podcasts and more. We also explore why Hispanics are still under-banked & under-insured, even though they represent some of the best growth & lifetime value opportunities in the market.

With such substantial growth & opportunity, in the new reality there will be a premium on understanding Hispanic consumer behavior patterns and marketers from all industries may be required to adopt new strategies and agile approaches to messaging the right Hispanic consumers online and offline. To gain a fair share of this increasingly important segment, marketers need to know how, when and where to engage Hispanic consumers, in-language and in-culture.

To provide a better understanding of this segment, we’ve compiled some useful statistics & insights to help you develop your Hispanic marketing strategy. We hope you find value in this edition of The Hispanic.