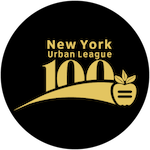 The evening starts with a reception at 6:30 pm followed by the program at 7 pm.

A special performance will be offered by celebrated Jazz artist Keyon Harrold, whose recent family experience with racial profiling, covered by news outlets around the country, underscores the inherent value and necessity for the work of NYUL. MC Lyte is spinning for the AfterParty.

NYUL continually challenges existing inequities of our society. As one of the oldest civil rights organizations in the nation, NYUL’s work in the areas of economic development, education and advocacy have impacted generations of underserved New Yorkers. Gala sponsorships assist NYUL’s COVID-19 and educational response efforts, provides resources and virtual programming to those affected by COVID-19 and support NYUL’s COVID-19 Emergency Fund, which offers grants to students and families in NYUL’s employment and youth services and other much-needed programs. The Centennial Gala will also raise funds to support new and expanded programming and community services to further the League’s mission and fund Whitney M. Young, Jr. Scholarships. Corporate sponsorships range from $4,000 to $100,000. Individual tickets begin at $2500; and virtual journal advertising at $5000.

“As our City and nation rise to the challenges of COVID-19, racism, and economic uncertainty, the New York Urban League’s work is more vital than ever before,” says Arva R. Rice, president and CEO of the New York Urban League. “In our first century of fighting for social justice and racial equality, we have helped more than one million people achieve their potential. In this next century, we aim to improve upon that footprint and increase our engagement.” In April 2020, NYUL launched a COVID-19 Family Relief Fund to provide cash grants to families and college students to uplift those affected by the pandemic. In addition, NYUL is launching a Small Business Center to support African American  business owners hit by the epidemic and creating a Diversity Lab to help corporations better reflect and serve the communities in which they do business.

“The 55th Annual Frederick Douglass Awards Dinner Gala will enable us to commemorate our Centennial while acknowledging an esteemed roster of honorees who have a steadfast commitment and dedication to influence change and by advancing the rights of generations of African Americans. We salute their seminal work in empowering communities and changing lives,” said Ward Corbett, Board Chair, New York Urban League.