From Crown of Glory to a Social Movement: More Than Just Hair By Ashleigh Williams, Qualitative Research Senior Director, CultureBeat 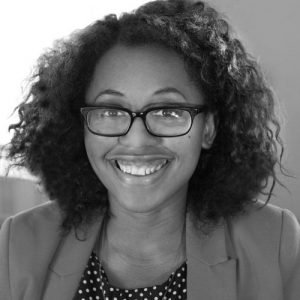 From Crown of Glory to a Social Movement: More Than Just Hair

They say, “it’s just hair, it will grow back,”…right? While that saying may be somewhat true, we know that hair is seen as a crown of glory (especially for women). Hair can be something people envy others for, and it can also be used as a weapon to label a group or culture as “other.”  The expression of beauty through hairstyles has been a long-standing signature of Black culture. From the “fro” to hair wraps to braids, Black men and women use their hairstyles as a personal expression of who they are and to show the evolution of Black culture over time.

We’ve certainly come a long way from when we first took a look at how hair connects to identity in Black culture. The natural hair movement had just caught on and was in full swing back then.  This hair evolution has brought us to a time when more and more Black women are embracing the natural beauty of their own hair. To help in understanding the emotional significance hair has on Black culture and identity, one doesn’t have to look too far within our Black communities to understand the effects. Each woman has her own story or “hair journey,” often marked by struggles stemming from childhood.

As with any topic that garners passionate responses, one must look at the hair and cultural identity within the Black community for context. Social oppression, abuse, and racial discrimination have historically forced many Black women to hide their hair. For example, before the emancipation, hair wraps were used as a sign of oppression/social status, and a means for Black women to make themselves less attractive to their owners. Fast-forwarding to when Black women entered the industrial workforce, many felt forced to adopt a more anglicized practice when it came to hairstyles (straightened, processed, and altered from its natural curl pattern/state). Even today, in certain places, industries, or workplaces, traditionally Black hairstyles, such as dreadlocks, are restricted and can be a cause for termination. An 11th circuit court of appeals recently ruled that banning employees from wearing their hair in “locs” does not qualify as racial discrimination.

“Perms or chemical straighteners are down 26% after the start of the natural hair movement in 2006” (Mintel 2018). However, although women aren’t paying for relaxers, they spend more money on natural hair care products to maintain their soft curls. Often called “product junkies,” Black women who have gone “natural” average 3-4 products within their hair regimen, if not more (according to Mintel).

When we last examined this category, mainstream brands had just begun to scratch the surface of marketing to a mainstream “curly” natural consumer. Brands like Shea Moisture and Carol’s Daughter branched out into a mainstream market and were heralded outside the Black community for their cruelty-free quality products. Not surprisingly, today, Black consumers dominate when it comes to spending in the ethnic hair and beauty market even more than before. Nielsen estimated they invested $54 million of the $63 million total industry spend in 2017. However, the numbers also show that Black consumers spend significantly in the mainstream beauty category. Nielsen reports that “in 2018 Black shoppers spent $473 million in total hair care (a $4.2 billion industry) and made other significant investments in personal appearance products, such as grooming aids ($127 million out of $889 million) and skincare preparations ($465 million out of $3 billion).” (Nielsen 2018)

Mintel values the Black hair care industry at more than $2.5 billion, but that statistic doesn’t include products such as hair accessories, wigs, or electric styling products. So, the industry is actually worth much more. “Furthermore, trends show that this industry is steadily growing with a projected increase to $2.84 billion in 2022” (Mintel).

With so much money being spent, the Black hair industry can seem like a gold mine for brands and companies to get their piece of the profit. In recent years, mainstream brands like Unilever (Emerge) and P+G (My Black is Beautiful) have launched their own respective product lines, and even celebrities are jumping into the action!

Tracy Ellis Ross recently released her new hair care line for coily hair named Pattern that provides products for type 3-4C hair types. When asked about why she created this product line, she remarked, “I don’t believe that people should have to be dependent on a professional to feel their most beautiful and for their hair to be healthy (Allure 2019).” Empire star Tariji P. Henson recently released a collection exclusively at Target called TpH derived from her hair creations started in her kitchen at home.

Hair love has also grown and reached beyond “curl” acceptance in the Black community. African hairstyles like dreads, twists, and braids have re-emerged and are now celebrated for their artistry/contributions to Black culture. In addition, with the added time we have all had at home during the pandemic, more Black people have the time to explore their natural hair textures and embrace their curls through a trial of new products and techniques.

However, Black hair acceptance and hairstyles/practice doesn’t escape controversy. Beauty, and specifically hair, in Black culture, has been a sensitive topic of discussion for decades, with roots all the way back to the Civil Rights Movement and beyond. To help in understanding the emotional significance hair has on Black culture and identity, one doesn’t have to look too far within our Black communities to understand the effects.

These situations are also popping up in our schools through school dress or “hair” codes. In 2019, a video went viral of a teenager from New Jersey who was forced to cut off his “locs” in order to compete in his wrestling match. Two girls in Virginia were suspended for wearing their hair in braided styles at a local Catholic school.

This topic of discussion will continue as people grapple with the social prejudice  linked to Black hairstyles in this country. To counteract, advocates have been pushing for a stronger and positive representation of Black hair acceptance. These efforts gave birth to the CROWN act, an acronym for “Creating a Respectful and Open World for Natural Hair” which is a piece of legislation that would prevent discrimination based on hair texture and protective hairstyles.

And companies are jumping on board to advance the movement! Dove has started the Crown Coalition, an internal effort to end hair discrimination by having consumers sign the petition to make the Crown Act a federal law. In 2019, the short, animated film Hair Love won an Oscar. It was praised for the education it provided of hairstyling behaviors, promoting positive affirmations when it comes to hair, and the effort to help normalize Black hair in mainstream culture. The producers and creators of Hair Love, Karen Rupert Toliver, and Matthew A. Cherry, invited DeAndre Arnold, a Houston high school student who was suspended from school and told that he wouldn’t be able to participate in prom or graduation unless he cut the length of his dreadlocks, as their guest. And this has just been the beginning. Recently, representation of different Black hairstyles has been prioritized in mainstream culture via movies like Disney’s Encanto. In addition, there has been a recent push from gaming developers to make Black characters in video games more representative with authentic Black hairstyles and textures. These strategies are not only a huge success in terms of representation, but the Black community has also noticed, and they feel “seen.”

We’re happy to report that some states are joining the fight to eliminate hair bias through the passing of legislation. The CROWN (Creating a Respectful and Open World for Natural Hair) Act has passed in 13 states, first in California in 2019. If you live there, or in Colorado, Connecticut, Delaware, Maryland, Nebraska, New Jersey, Nevada, New Mexico, New York, Illinois, Oregon, Virginia, or Washington, you’re safe to wear your hair in natural and culturally relevant styles in the workplace and at school.

So what does this all mean for you and your brand? As brands become more a part of the social and cultural conversion, awareness of these issues is vital in understanding your consumer.

While being a part of a unique cultural community is something to be celebrated, in communities of color, the additional stress developed from prejudice can be taxing and often leave consumers feeling like they aren’t believed or their experiences aren’t valid.  Initiatives like Dove’s can make consumers feel seen and heard. It gives them a sense of belonging, worth, and empowerment. Establishing this support is valuable in developing authentic connections with Black consumers.

Regardless of the segment or culture you are looking to communicate/cater to, understanding the historical significance and context around a ritual, behavior, or perspective is important. Something as simple as a hairstyle, like dreadlocks, within the Black community can signify spirituality or a strong tie to their religious beliefs. Therefore, stereotypes or even denouncing their hair as unkempt or not professional is seen as highly offensive. Understanding these deep meanings can only be achieved with deep immersion into the cultural practice.

Black culture embraces inclusiveness, but it also yearns to be heard and personally catered to. As market researchers, it’s our job never to lose sight of these core values, beliefs, and emotional connections that give brands life. History, culture, traditions, social struggles can’t be denied. When brands ignore the importance of these elements, they are denying the value of that culture’s identity, obliterating the very makeup of who the members of that culture are. Providing the space for not just Blacks, but all cultures, to feel accepted and celebrated for the things that make them unique is what it’s all about!