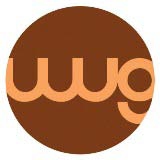 New York, NY – June 9, 2010 – UniWorld Group, Inc., took top honors in the African American category at the 2010 Effie Awards for the multimedia “Real Talk” campaign produced for the United States Marine Corps. UniWorld Group has been the multicultural agency of record for the Marine Corps for the past nine years.

“We pride ourselves on our ability to execute strategic campaigns that exceed our clients’ goals and expectations,” said Rebecca Williams, UniWorld Senior Vice President and Chief Creative Officer.

“It is an honor to be recognized by our industry peers for such a groundbreaking program that positively influenced the way that African Americans view service within the Marine Corps in today’s challenging environment.”

Using testimonials and narratives, “Real Talk” highlights the real-life experiences of African American men and women serving in the United States Marine Corps, focusing on their stories of transformation through determination and courage to meet the challenges of becoming Marines. This unique campaign succeeded in generating a positive increase in both awareness of and attracting recruits to the United States Marine Corps.

The “Real Talk” marketing and communications campaign incorporated various multimedia engagement elements, including a direct mail campaign, webisodes, local events and a collegian calendar. Each component of the program was designed to showcase the “real” story of a featured Marine.

A true story also served as the inspiration for the campaign TV spot “Leap,” which relates the challenge of USMC Sergeant Hill, who could not swim when he enlisted in the Marine Corps. Through the guidance and support of his Marine “brothers,” Sgt Hill gained strength of mind and body to overcome his fear and become a proud member of the Corps. The spot launched during the 2009 NBA finals, airing nationally.

“No one can tell the real Marine Corps story better than actual Marines,” said Byron E. Lewis, UniWorld Group Chairman and CEO. “And, our expertise helped identify the components that resonated best with the African American audience. This relevant mix created a unique success story worth celebrating.”

For more information about the UniWorld Group, Inc., please visit uniworldgroup.com or call 212-219-1600.

About UniWorld Group, Inc.:
UniWorld Group was founded in 1969 by Chairman and CEO Byron Lewis. The agency is headquartered in Brooklyn, New York, with satellite offices in Detroit, Atlanta and Miami, and field staff servicing our Burger King and Ford Motor Company clients in 43 markets.